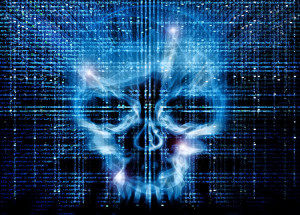 Protect against data theft with ISO 27001

What is the scale of the problem?

Clearly, our data is leaking at an alarming rate and organisations that have a duty to protect it could do much more.

The Data Protection Act has been in force since 1998 and lays down some principles for data security:-

Moreover, the EU General Data Protection Regulation (GDPR) was ratified in April 2016. This regulation takes data protection to a significantly higher level and organisations that hold personal data on citizens of member states have until 25th of May 2018 to comply with it. The UK Information Commissioner’s Office has stated its opinion that, even if the Regulation isn’t passed into UK law, it will still be relevant for many organisations here. GDPR is designed to produce a Single Digital Market by harmonising the existing 28 sets of national data protection laws into one set of requirements. Fines for breaching GDPR are potentially serious for organisations that lose data and will be to up to 4% of turn-over, or €20 million, whichever is higher.

Who needs to comply?

Quite simply – any organisation that holds data that, on its own or along with other accessible data, can be used to identify an individual in the UK or the EU.

ISO 27001 (formally ISO/IEC 27001:2013) is an international standard that provides a specification for an information security management system (ISMS), which is a framework of policies and procedures that includes all of the legal, physical and technical controls involved in an organisation’s information risk management processes.

The ISO 27001 standard uses a top-down approach to the management of data security risks, which can be used with all types of media for data storage. The specification defines a six-part planning process:-

ISO 27001 includes details for documentation, management responsibility, internal audits, continual improvement, and corrective action. The standard requires cooperation among all sections of an organisation. Although the 27001 standard isn’t prescriptive about information security controls, it provides a checklist of 114 measures that should be considered.

The PWC research paper analysed the 20 biggest data breaches during 2014-2015 with the aim of identifying what companies did wrong and what should be done to address the weaknesses. Victims generally had suitable technical controls over the information, such as firewalls, antivirus and similar safeguards but these weren’t sufficient because technology, on its own, won’t protect data. An important finding of the survey was that none of major victims were certified to ISO 27001 at the time of the data breaches. They were either not implementing ISO 27001 at all, or were failing to implement it fully. ISO 27001 goes beyond technical controls and takes into account training, awareness and the behaviours of the people in the organisation.
The British Standards Institute (BSI) has published a white paper that shows how ISO 27001 can provide a framework with which to comply with the EU General Data Protection Regulation. What’s more, BSI commissioned a research paper by the business school of Erasmus University that shows:-

How can I get advice?

The HSQE Department Ltd has years of experience helping companies to implement ISO management systems and so can reduce the time and cost needed to achieve certification. We can carry out gap analyses to identify what you need to do to comply with ISO 27001, help you to define a plan to implement any changes, guide the preparation of the Information Security Management System, carry out pre-certification checks on the compliance of your systems and manage the certification visit.